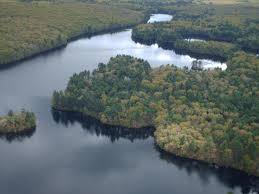 Legislative Bill H-6122, crafted by Providence Mayor Jorge Elorza, and sponsored by Rep. Scott Slater and Sen. Maryellen Goodwin would create a new board called the Rhode Island Cooperative Water Authority. The board would include four gubernatorial appointees, three appointees chosen by the mayor of Providence and two appointees chosen by the mayor of Cranston.  The mayors of North Providence and Johnston would also get one appointee each. “The authority will have broad powers necessary to fulfill its mission of producing, distributing, and selling water, including the power to acquire property by purchase or lease, to manage water systems, to fix rates and to borrow money,”

Emily Crowell, a spokesperson for Mayor Elorza, said the proposed legislation “does not provide for any specific transaction but merely creates a statewide water authority that provides for shared governance and protections for labor”. Providence Water currently provides water for 60% of Rhode Island. Crowell states that Providence cannot continue to operate as a city department that provides water for a majority of state residents.

MR Valuation Consulting, LLC, a New Jersey based company, at the cost of $175,000, will issue a valuation report of the water system “that will be vital to the interests of the city as it relates to soon-to-be filed legislation,”

Scituate Town Council President John Mahoney warned the proposed board “could be detrimental to our community”. Providence Water owns a large amount of land in Scituate, including the reservoir that is the source of water for Providence and surrounding communities. The watershed is located primarily within the rural towns of Scituate, Foster, and Glocester, and also includes parts of western Cranston and Johnston. The total drainage area covers 93 square miles or nearly 60,000 acres.