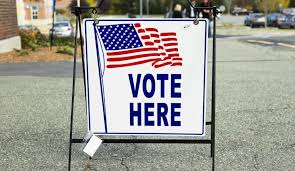 Voter fraud has been an issue for years but with new technology, it should be getting easier to identify those who are not eligible to vote in the district in which they live.

According to an investigation by Ken Block, through his WatchdogRI.org, he identified at least 125 individuals around he state that claim they live in addresses that are UPS stores, gas stations, post offices and especially disturbing, police stations. A half dozen past and present Providence Police Officers were identified on the voter registration roles that all listed the police station as their permanent address, including one officer that lives in Massachusetts. Providence Police Commissioner, Steven Pare is investigating as is the State Board of Elections.

The Board of Elections stated that, “neither state law [nor] state regulations contain any provision permitting law-enforcement officers to register to vote from any address other than their residence address”, in response to a statement made by a Providence Police spokesperson that police officers are allowed to use their employee address rather than their personal address on their driver’s license.

Narragansett, North Kingstown, West Greenwich, Johnston and Newport also have voters listed as living in their police stations and local municipalities are investigating as well.

Mr. Block’s investigation became public at the same time that RI Lawmakers are discussing legislation that would repeal the voter identification requirement and also considering the creation of an automatic system for voter registration directly from a new driver’s license.

Barrington was not fooling around with voter fraud and sent a letter to the 4 identified voters claiming to live in various business around town. The letter quoted state law
“registering to vote… [or] voting in an election from an address which is not your residence is a felony under RI General Law … punishable by up to a $5,000 fine and/or 10 years in prison …. Enclosed you will find a new voter-registration form.”

The RI Secretary of State’s Office reported that 26 address have been removed from the central database for business and police stations listed as voter addresses.