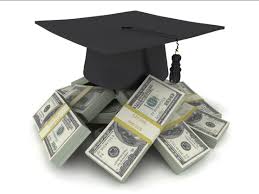 The Rhode Island Promise Scholarship, Governor Raimondo’s plan for the State of Rhode Island to cover two years of college tuition for every student, regardless of income, that attend one of the three state schools, Community College of Rhode Island, Rhode Island College and the University of Rhode Island. Her plan is to phase this plan in over 3 years, a program cost of $10 million in FY2018, $13 million in FY19, $18 million in FY20, with a projected annual cost of $30 million in FY21. Raymond stated “We have the money. This is affordable. It’s a smart solution. It puts us on the map in whole new way. How can we not do it? It’s a tiny investment for a huge reward. And it’s the right thing to do for the people of Rhode Island. In a $9-billion budget, it’s a drop in the budget.” The money that we supposedly have in the the budget will be generated from the yearly $33 million in projected internet sales tax that RI residents will all be paying starting next month…Amazon’s taxable items will no longer be tax free.

Free Tuition Criteria:
A. Open to all resident students who enroll at a state college within six months of graduating high school or earning a GED prior to reaching the age of 19. Public, private and home-schooled graduates would all be eligible.

B. One scholarship per person. A student receiving assistance while at CCRI would not be eligible again after transferring to URI or RIC.

C. Students would have to complete the Free Application for Federal Student Aid (FAFSA). Federal Pell Grants and other financial aid would be factored into the free-tuition calculation, lowering the state’s contribution.

D. Students would be required to remain in good academic standing, with at least a 2.0 GPA.

E. RIC and URI juniors and seniors would be required to have completed their sophomore year, having earned 60 credits and declared a major.